The forum aims to contribute to positive change towards gender equality by:

“The Women in Energy Forum is our way of celebrating the achievements of women and the increasing number them who are choosing a career in energy,” AER Chair Clare Savage said.

“As a woman in leadership, in the energy sector, I couldn’t be prouder to launch the forum in line with International Women’s Day.”

The inaugural online event featured a keynote presentation by Dr Kerry Schott AO, former Chair of the Energy Security Board and current Chair of the NSW Net Zero Emissions Board.

“Each of the panel members had their own stories to share about the biases they had either experienced or witnessed throughout their careers”, Ms Savage said.

“We spoke about the impacts that conscious or unconscious biases can play in the development of women’s careers, and what we can put in place to ensure a more inclusive future.

“I particularly enjoyed our discussion on how we encourage and support diversity within the women of our workforce, and what we can do to ensure women from different cultural backgrounds, ethnicities or sexual orientation thrive in their careers.

“The conversations and celebrations of the Women in Energy Forum is intended to make us more aware of the biases that can result in systemic barriers that limit a person’s career opportunities and their full inclusion in the workplace.

“I hope that people of all genders are motivated to be a part of future forums.”

The Women in Energy Forum will now meet quarterly to continue the conversation on promoting gender equality in the workplace, and learn from leaders and inspiring women.

For information on International Women’s Day, including details on how you can get involved, visit www.internationalwomensday.com 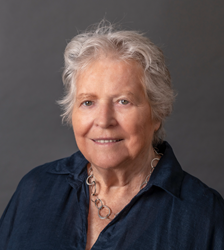 Dr Kerry Schott is Chair of the NSW Net Zero Emissions Board and a Member of Aware Super’s Direct Assets Committee.

She was a Director of NBN, Chair of the Energy Security Board, and Managing Director and CEO of Sydney Water from 2006 to 2011. Before that, Kerry spent 15 years as an investment banker, including as Managing Director of Deutsche Bank and Executive Vice President of Bankers Trust Australia. During this time, she specialised in privatisation, restructuring, and infrastructure provision.

Prior to becoming an investment banker, Kerry was a public servant and an academic, and since retiring from Sydney Water she has been an adviser to governments, and a chair and director of several public sector owned companies. 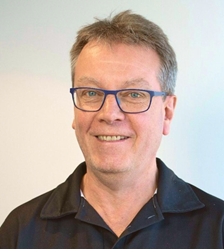 Jim was the Secretary at the New South Wales Government’s Department of Planning, Industry and Environment (DPIE) from 2019 to 2021. He led the department’s transformational reform in planning, water, urban design, sustainability, climate change, biodiversity conservation, and energy. In July 2021, Jim was appointed to lead the New South Wales Public Service by Premier Berejiklian, however that appointment was subsequently rescinded by her successor.

Before moving to New South Wales in 2013, Jim was the Secretary for the Victorian Government’s Department of Transport, and the Director of Public Transport.

Jim is a champion for inclusivity and social justice, not least for First Nations people, and a supporter of the St Kilda Football Club (but privately admits they are rubbish). 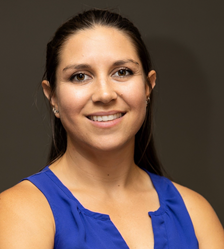 Ruby Heard is a versatile and ambitious entrepreneur and electrical engineer with global experience and a penchant for sustainability.

She began her career with Arup, designing electrical and lighting systems for iconic buildings in Melbourne. In 2015, she moved to Arup’s San Francisco office to apply her skills to renewable energy systems – complex solar arrays and microgrids.

In 2018, Ruby undertook a six-month expedition for Engineers Without Borders where she supported the United Nations High Commissioner for Refugees energy team in Ethiopia. After that, Ruby founded Alinga Energy Consulting, a socially conscious engineering consultancy that provides specialist energy services to the commercial, government and NGO sectors within Australia and internationally. Alinga focuses on areas where energy accessibility and affordability issues prevent or limit the availability of reliable power.
With indigenous heritage originating from the Jaru people of the Kimberley, Ruby is especially driven to find solutions for Indigenous communities. In 2019, she was recognised by Engineers Australia in their 100 Engineers Making a Difference list, and was awarded Victoria’s Young Professional Engineer of the Year.

Ruby sits on the steering committee of the First Nations Clean Energy Network, and is currently undertaking a PhD with Melbourne University to address energy access and affordability for Indigenous communities. 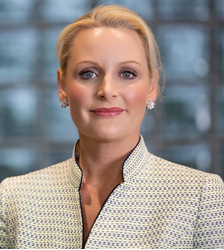 Dr Liz Develin was appointed Chief Executive Officer of the AER in May 2020.

Prior to joining the AER, Liz was a Deputy Secretary in the NSW Government, across diverse portfolios such as planning, housing affordability, energy, and water.

Being responsible for the Energy portfolio in the NSW Government, Liz had oversight of the NSW energy legislation, policy, and programs across electricity and gas pipelines. Liz was also the NSW Government’s representative to the COAG Energy Council’s Senior Committee of Officials.

Liz’s executive experience prior to this was largely in the health portfolio in NSW, and had executive roles leading areas such as population health, epidemiology, and health system planning and investment. Her Doctorate in Business Administration researched the effectiveness of policy implementation in the health sector, and she holds Masters degrees in both Public Health and Human Movement (sport/exercise science).

She has also spent time in central government, including the NSW Department of Premier & Cabinet.

While at university, Liz played in the Women’s Rugby League (before that was a thing).